One day I had to photograph Bill Oddie at his home in Hampstead. I was early and knocked on the door. His wife answered and was surprised to see me as she was going out and Bill wasn’t in.

“I’m sure he’ll be back soon” she said. “Come in and make yourself at home. Just don’t nick the silver.”

I replied, “Would you mind if I nicked a parking permit?” and she handed me one and left.

As I opened the door to head to my car, Bill was steaming up the pathway with a face of thunder.

He laughed and immediately relaxed. I introduced myself. And we got on brilliantly from then on.

For me, that is the key to my photography: breaking the ice and making people relaxed, especially as it is so pressurized to get an image of someone in (sometimes) just a few minutes.

I love my job.

I’ve been fortunate to be in it for over 20 years, beginning as a junior photographer on the Isle of Wight County Press, before going onto The Brighton Evening Argus where I won several photographic awards in my three years there.

Having become disillusioned with the direction of my photography, I sought a new direction away from my safe job and travelled the world. The result? I published two photographic travel books covering Asia and South America, the first being an illustrated travel book best-seller for Christmas 1996.

For the last 15 years, I have worked as a photographer based in London for many of the UK’s national newspapers, regularly for the Sunday Times Style and Culture magazines. I have been on assignment for various charities to Africa, including Trade plus Aid, Save the Rhino International and Christian Aid.

Festivals have taken me to destinations near and far for Loaded Magazine and I regularly shoot travel stock for Axiom Photographic Travel Library.

It’s easy to get pigeon-holed as a certain type of photographer but I feel lucky to have moved through several different disciplines including news and sport photography, interiors, travel, reportage and portrait photography. Each has required different skills and techniques that have given me the experience to deliver diverse creative ideas to make the final image.

I strongly believe technical skills are as important as personality for getting the best image from the subject.

My work has now taken a natural progression towards film. I made a documentary for Channel 4 called ‘Back to Bangalore’ and most recently a short film ‘The Bride, The Groom and His Package’.

I have co-founded Blindbatfilms.com – short web films shot from a photographic eye, and made for businesses wanting to reach a wider audience through moving image.

Alongside commissions I have successfully documented and sold my own personal photographic projects, some of which are included in the galleries on this website.

I'm a self-confessed cake-o-holic, can roll my belly amusingly, can hoolahoop and play table football.

Directing and shooting a documentary for Channel 4

Speaking at Ikea’s 21st birthday for the launch of 'UK At Home', a book I contributed to, celebrating diverse UK lives

Working with Newham Asian Women’s Project for the past 15 years, most recently publishing a photographic book - 'From Violence to Safety and Freedom'

Gaining the title Cinematographer, after completing my latest short film

The Sunday Times Newspaper and Magazines

The BBC’s The Great British Bake-Off 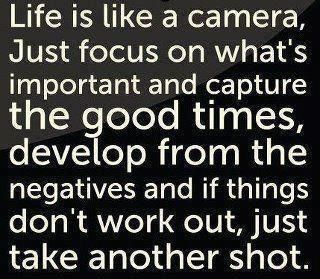